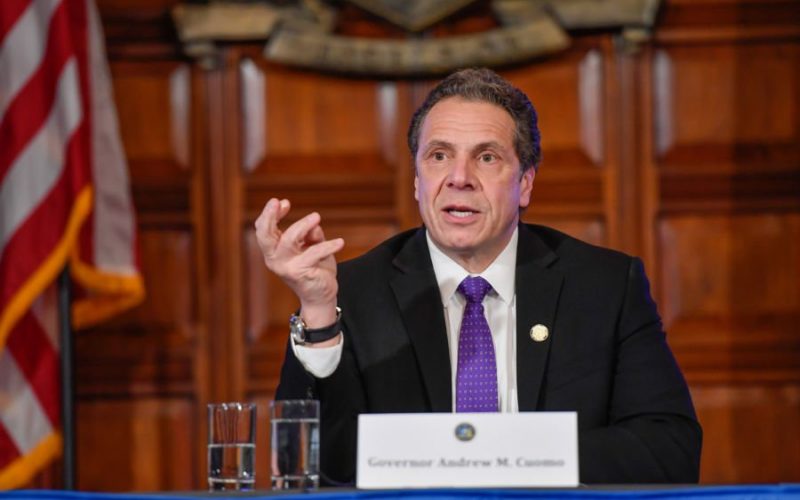 Recently Governor Andrew Cuomo announced that lawmakers had reached a deal on a new scholarship, hailed as a first-in-the-nation plan to provide free college tuition at state colleges and universities.

The plan promises to cover the cost of college tuition at SUNY and CUNY schools for families making less than $125,000 per year. But it has a major snag that has so far gone under-the-radar, experts say.

Students must live and work in New York after they graduate for the same length of time as they received the scholarship. If they do not, their full scholarship will be turned into student loans, according to the law.

“This is a killer,” said Sara Goldrick-Rab, a leading expert on college affordability and a professor at Temple University. “This is something you can’t trust. And you’re bringing back debt, which is the thing that everybody is trying to avoid.”

Officials from the governor’s office said the provision is justified because the scholarship makes a major investment in New York’s youth, so the state should reap the benefits of that investment.

“By ensuring our highly-skilled, highly-qualified students live and work in-state for the number of years they received the Excelsior Scholarship, we are guaranteeing this investment pays dividends right here at home,” said education department spokeswoman Abbey Fashouer.

Experts, however, disagree. The provision, Goldrick-Rab says, which was not in the governor’s original proposal, could force students and families to make tough choices after college — about whether to take the best job they can find, for instance, enter the military or take care of a family member.

She also argues that since it creates an incentive for students to stay in-state while unemployed, it is not good for the state’s economy. More importantly, it could saddle students with debt they didn’t expect, she said.

It is not clear whether this rule will impact the generally warm reception Cuomo’s announcement has received. The governor, who announced the Excelsior Scholarship plan standing beside free-college champion Senator Bernie Sanders, has tried to position New York as a national leader in the free college movement.

But while there are some targeted scholarships that require students to stay in-state after graduation, other states pursuing free college plans have not included such a provision, said Goldrick-Rab.

The Center for an Urban Future released an op-ed soon after the deal was announced, saying the provision may “transform a financial blessing into a burden.” The article points out that the provision calls for students to both live and work in New York, which means that a student living in-state who gets a job just over the border in another state would still be subject to loans.

The SUNY Student Assembly has not taken an official position on the provision, said Arthur Ramsay, director of communications, but he also said that he and other leaders are concerned the provision is “restrictive.”

“We would prefer a program that doesn’t have the strings attached,” Ramsay said.

Some lawmakers who have advocated for free college are now disappointed in the list of requirements that made it into the final law. Assemblyman James Skoufis, who has worked on college affordability for years, sent a release slamming the final product.